This is a Lamborghini Gallardo LP550-2 Valentino Balboni that was at the 2018 Central Florida Auto Show. The Lamborghini Gallardo is a supercar that was made between 2003 and 2013 (model years between 2004 and 2014). The Valentino Balboni was named after the famous Lamborghini test driver of the same name. This special edition was essentially his retirement gift, and only 250 were built. The engine is a 5.2 liter V10 that produces 550 horsepower and 398 pound-feet of torque. The transmission is a 6-speed e-gear. This car does 0-60 mph in 3.9 seconds and has a top speed of 199 mph. This car weighs 3,042 pounds since the body is made of aluminum, and the chassis is an aluminum spaceframe. There are also some parts that are carbon fiber. 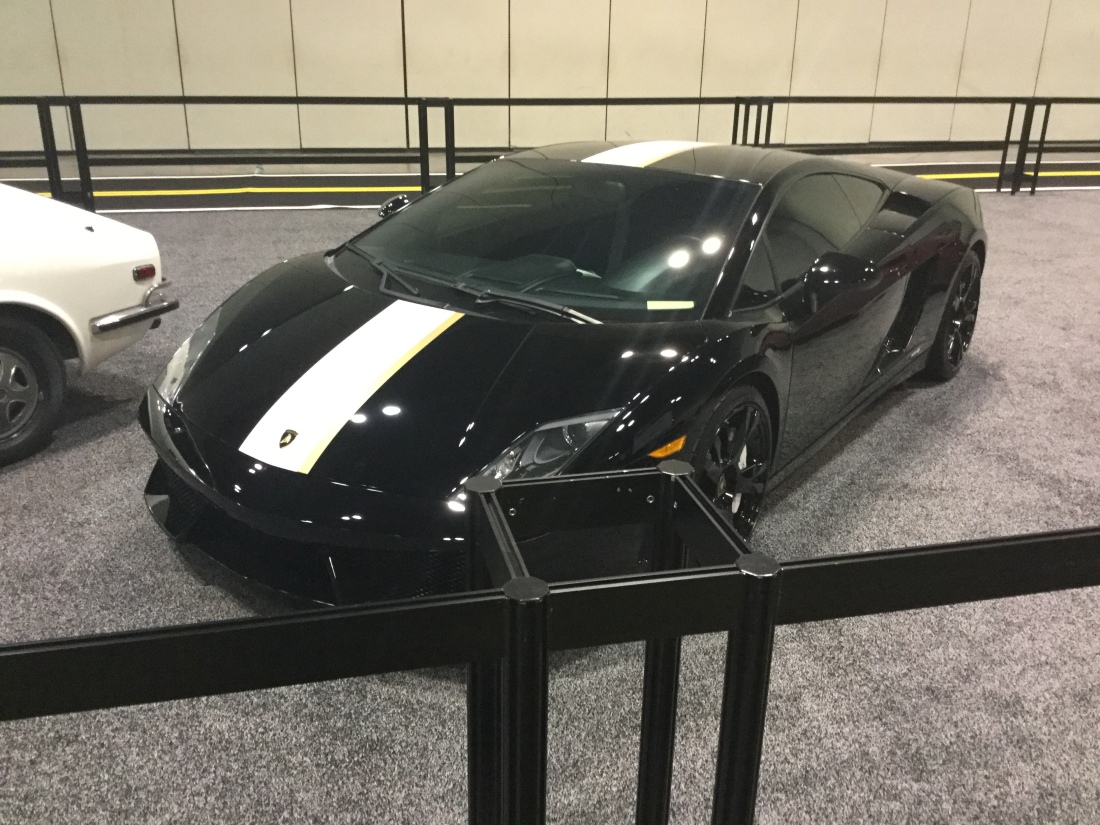