Today’s car of the day is this 2018 Dodge Challenger Demon that was at the 2018 Barrett-Jackson Auction in Palm Beach. It’s from the third generation, which has been in production since 2008. The Demon was unveiled at the 2017 New York Auto Show, and even made it’s film debut in The Fate of the Furious. Tim Kuniskus is the man behind the project, and he presented the car while the song “Fuel” by Metallica was being played. The engine is a 6.2 liter supercharged V8 that produces 840 horsepower and 770 pound-feet of torque. The transmission is an 8-speed automatic. This car weighs 4,279 pounds since the chassis is unitary steel. This car does 0-60 mph in 2.3 seconds. I’m not sure what the true top speed is because one source says that it’s 207 mph, and another says it’s 168 mph. The starting price of the Demon is $86,090, and 3,300 are being built. 3,000 are being sold in America, and the remaining 300 will be sold in Canada. 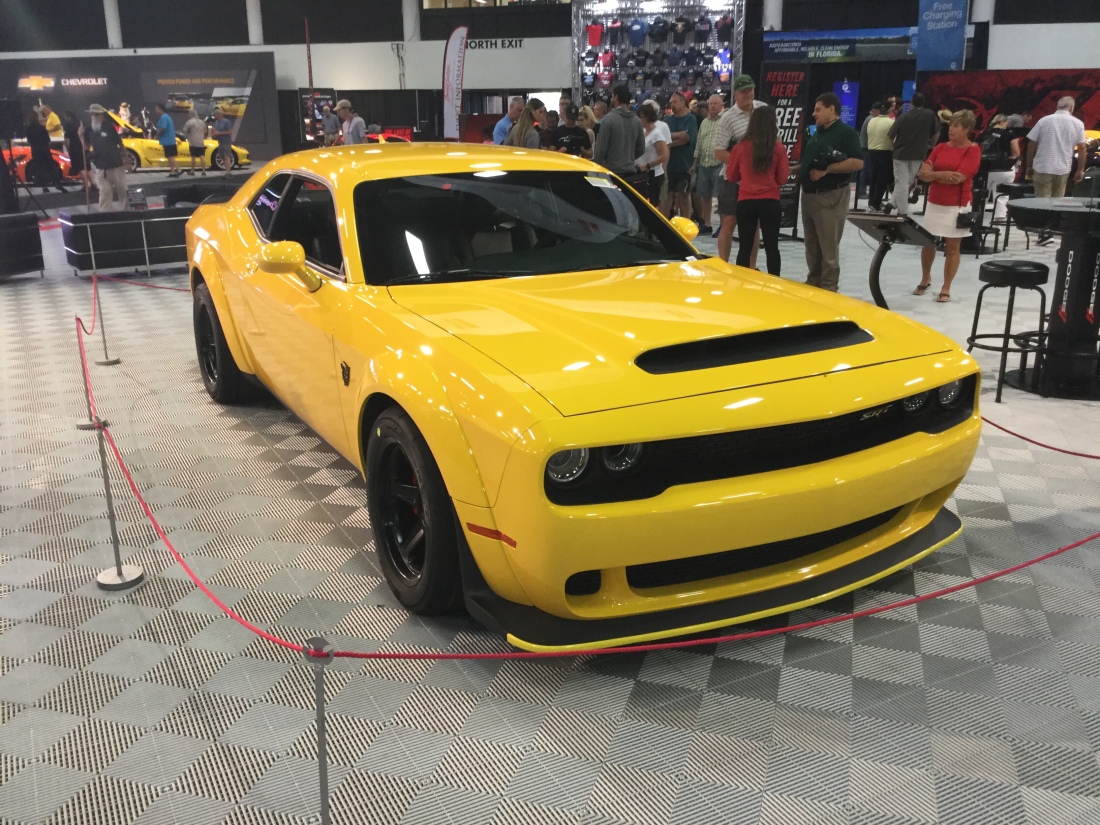