I spotted a Tesla Model X 75D in Clearwater. The Tesla Model X is an electric crossover that’s been in production since 2015 (the first model year was 2016). The concept model was unveiled in Hawthorne, California on February 9, 2012. The battery is a 75 kilowatt lithium-ion battery that produces 518 horsepower and 387 pound-feet of torque. The transmission is a 1-speed fixed gear. This crossover does 0-60 mph in 6 seconds and has a top speed of 130 mph. The starting price of the Model X 75D is $79,500. 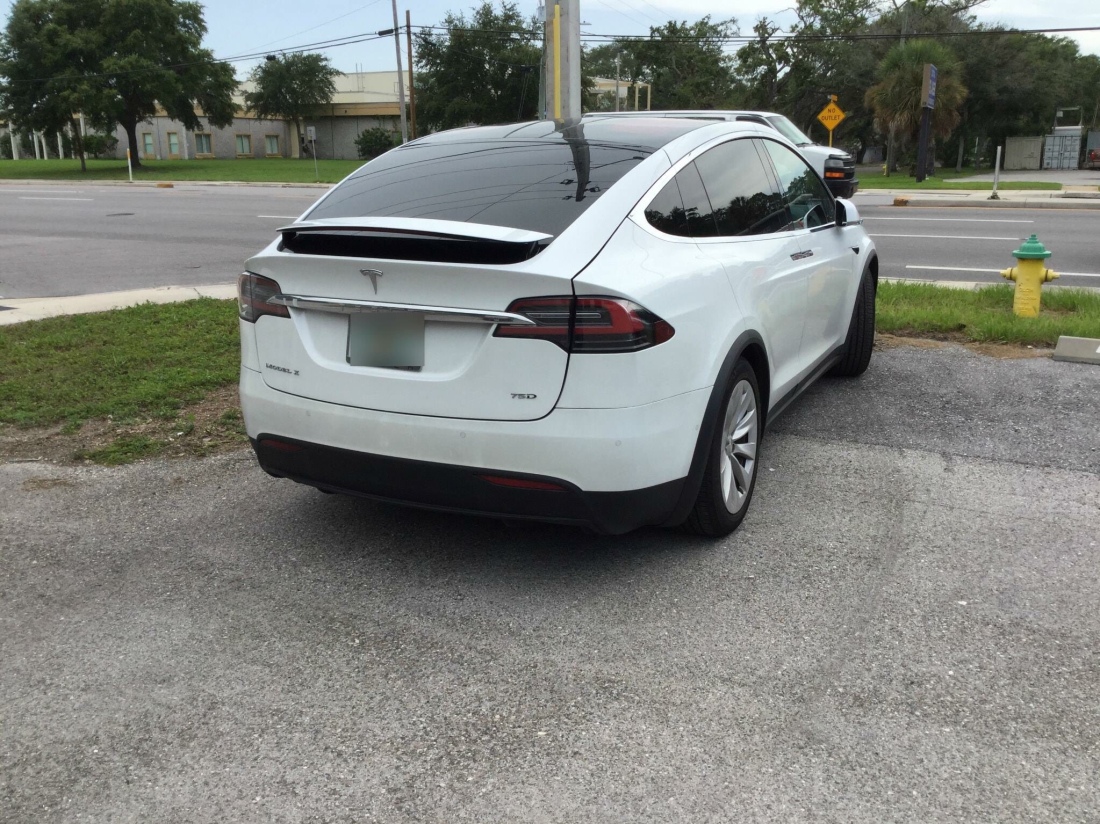