Today’s car of the day is this 2009 Mustang Iaccoca 45th Anniversary Edition that was at the 2018 Barrett-Jackson Auction in Palm Beach. It’s from the first phase of the fifth generation, which was made between September of 2004 and December of 2008 (model years between 2005 and 2009). This special edition was made to commemorate the 45th anniversary of the Mustang. It was also named after Lee Iaccoca, who was the CEO of Ford when the Mustang first launched. This is number 20 of the 45 that were built. The engine of this one is a 4.6 liter supercharged Modular V8 that produces 400 horsepower. The transmission is a 5-speed manual. This Mustang was auctioned off for $64,900. 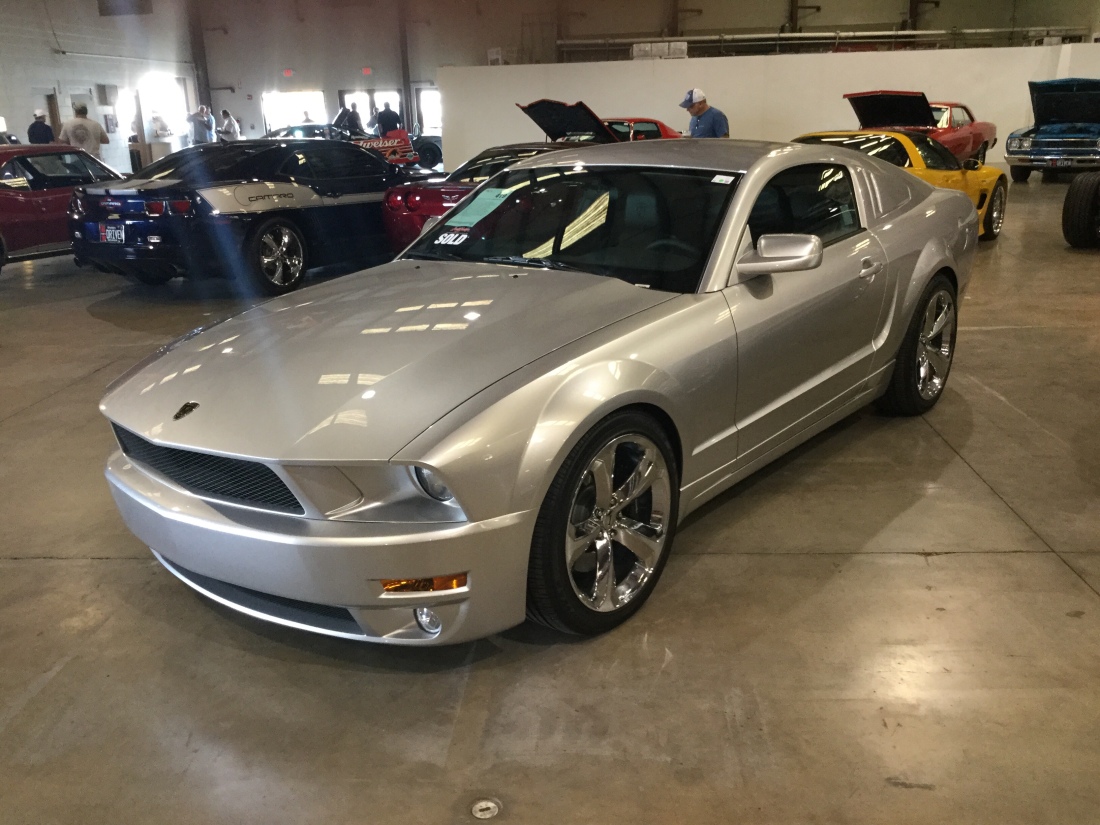