Today’s car of the day is the very first 2006 Corvette, and I saw it at the 2018 Barrett-Jackson Auction in Palm Beach. This is from the C6 generation of the Corvette, which was made between June of 2004 and February of 2013 (model years between 2005 and 2013). The C6 Corvette was unveiled at the 2004 North American International Auto Show in Detroit. The C6 Corvette coupes and convertibles built between 2005 and 2007 were powered by the LS2, which is a 6 liter V8 that produces 400 horsepower and 400 pound-feet of torque. The transmission of this one is a 6-speed automatic, but it can also come with a 6-speed manual. This car does 0-60 mph in 4.5 seconds and has a top speed of 180 mph. This car weighs 3,241 pounds since the body panels are composite. The chassis is a hydroformed steel frame with aluminum and magnesium. This Corvette has quarter mile time of 12.6 seconds at 114 mph. This Corvette was auctioned off for $46,200. 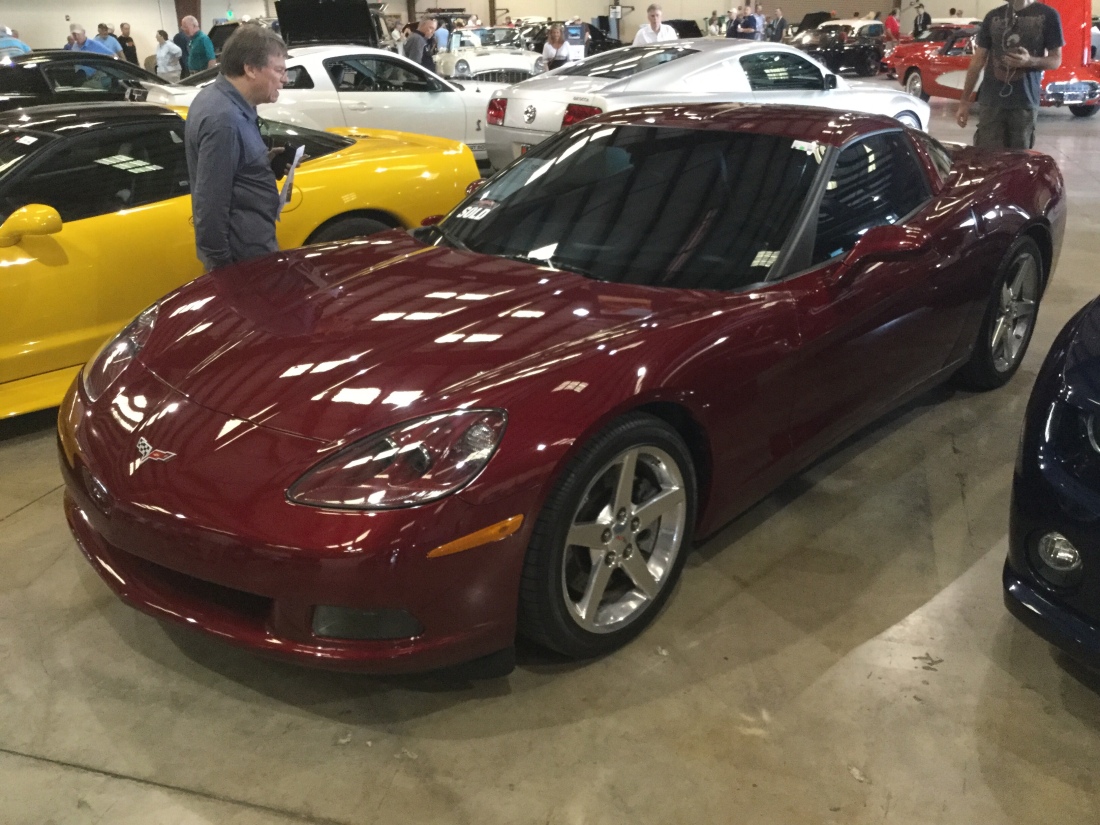