Today’s car of the day is this 2017 Audi R8 Spyder that was at the 2018 Barrett-Jackson Auction in Palm Beach. The Audi R8 is a supercar that’s been in production since 2006. This is from the second generation, which has been in production since 2015. The Spyder version was unveiled at the 2016 New York Auto Show. The engine is 5.2 liter V10 that produces 532 horsepower and 398 pound-feet of torque. The transmission is a 7-speed S-Tronic. This car weighs 3,554 pounds since chassis is an aluminum spaceframe. This car does 0-60 mph in 3.6 seconds and has a top speed of 198 mph. 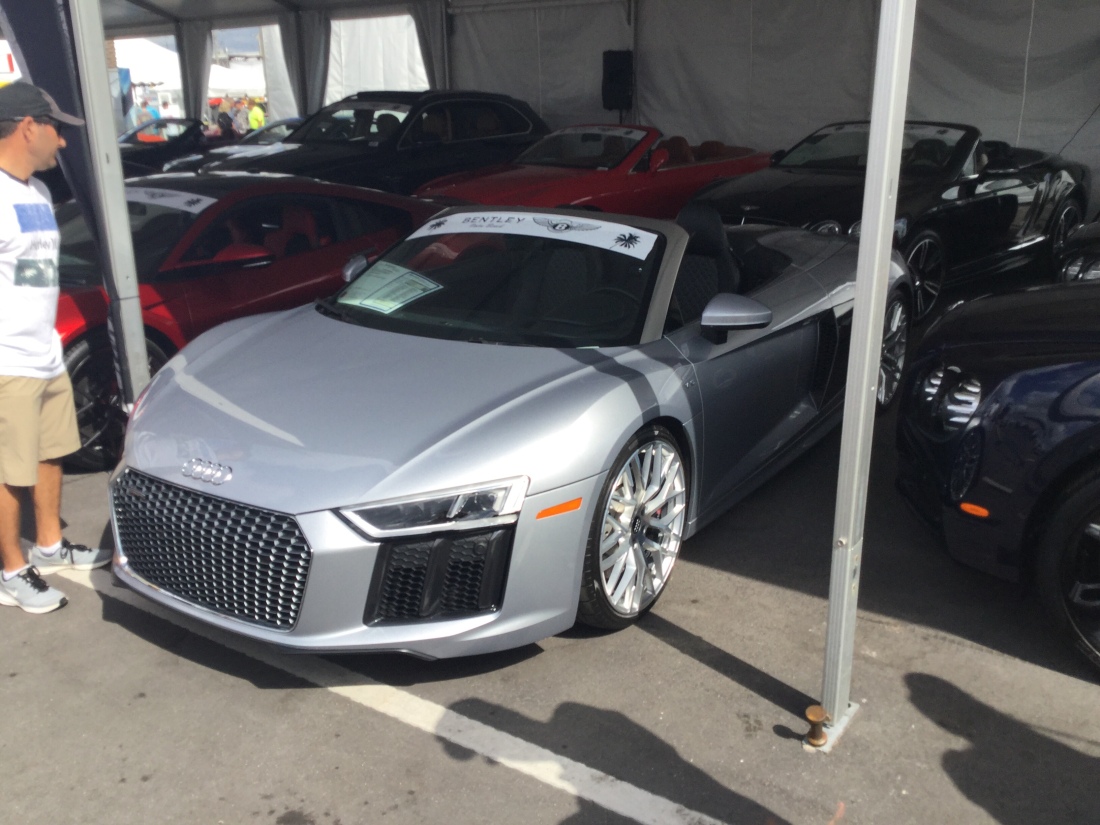