Here’s a 2019 Ford Expedition that was at the 2018 Central Florida Auto Show. The Ford Expedition is an SUV that’s been in production since 1996 (the first model year was 1997). This is from the fourth generation (U553), which has been in production since September of 2017 (the first model year was 2018). The engine of this one is a 3.5 liter twin turbo Ecoboost V6 that produces 400 horsepower and 480 pound-feet of torque. The transmission is a 10-speed automatic. The starting price of the Expedition is $52,130. 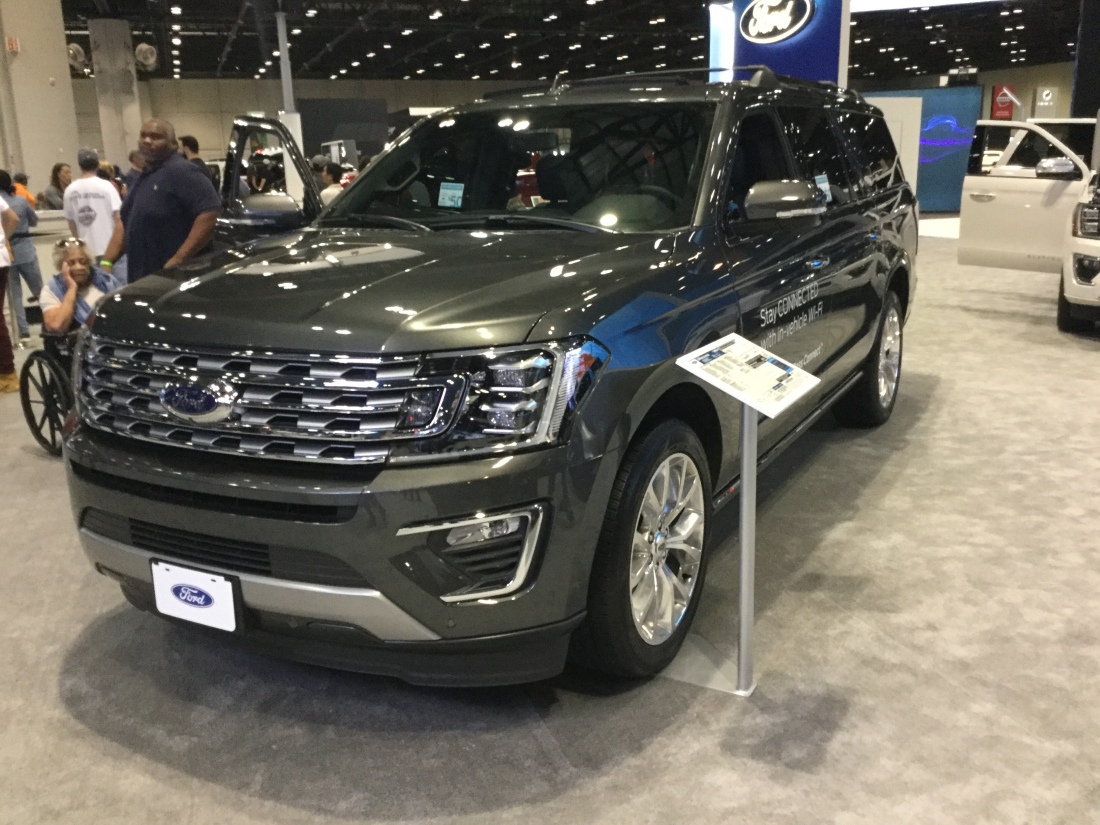