That’s a 2019 Jaguar I-Pace that was at the 2019 Barrett-Jackson Auction in Palm Beach. The Jaguar I-Pace is an electric crossover that’s been in production since 2018. The concept model was unveiled at the 2016 Los Angeles Auto Show. The production model was unveiled at the 2018 Geneva Motor Show. The electric motor consists of two 90 kilowatt lithium-ion batteries that produce a total of 394 horsepower and 514 pound-feet of torque. The transmission is a 1-speed fixed gear. This crossover does 0-60 mph in 4.5 seconds and has a top speed of 124 mph. The starting price of the I-Pace is $69,500. 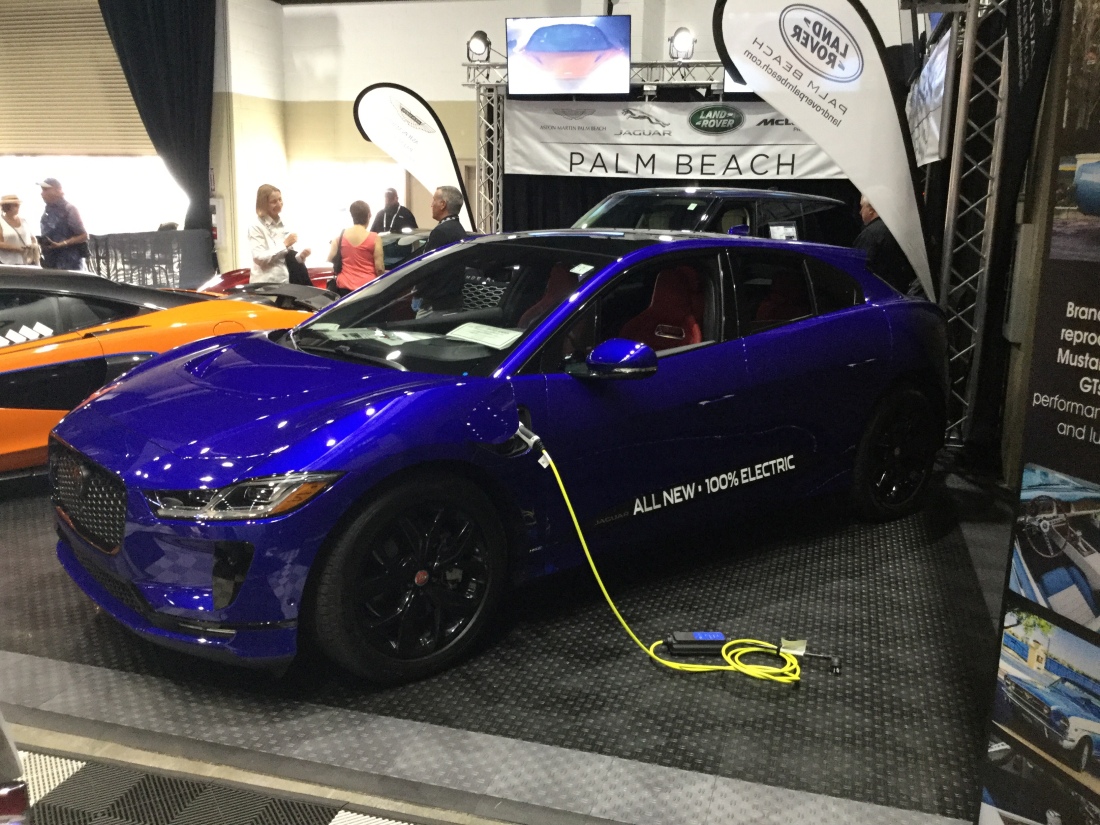