This is a ’77 Pontiac Trans Am that was at 2019 Daytona Turkey Rod Run. The Pontiac Firebird is a muscle car that was made between February of 1967 and August of 2002. This is from the second generation, which was made between 1970 and 1981. The engine of this one is the LT1, which is a 5.7 liter V8 that produces 275 horsepower. The transmission of this one is a 3-speed automatic. 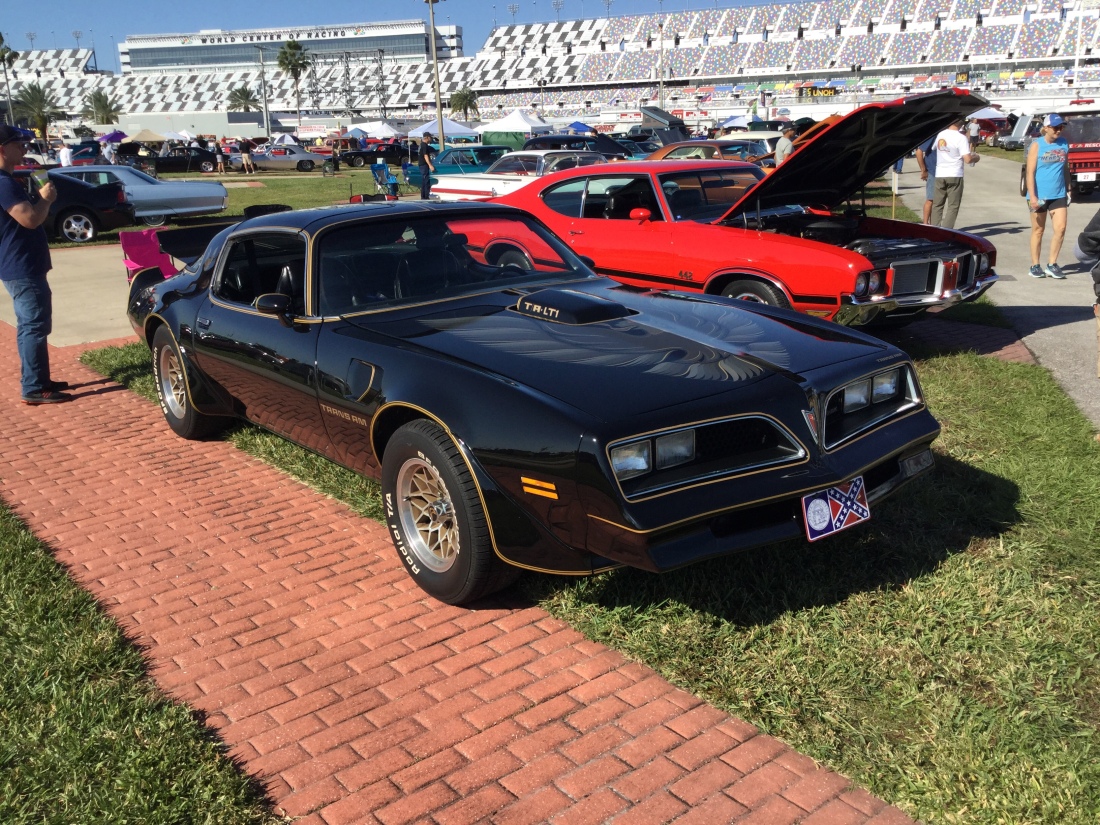