This is the ’57 Chevy Nomad that’s owned by Cruise News Magazine, and it was at the 2019 Daytona Turkey Rod Run. The Chevy Nomad is a station wagon that was originally in production between 1955 and 1961. This is from the first generation, which was made between 1955 and 1957. The engine of this one is a 5.7 liter LS1 V8 that produces 350 horsepower and 375 pound-feet of torque. The transmission is a 4-speed 700R4 automatic. 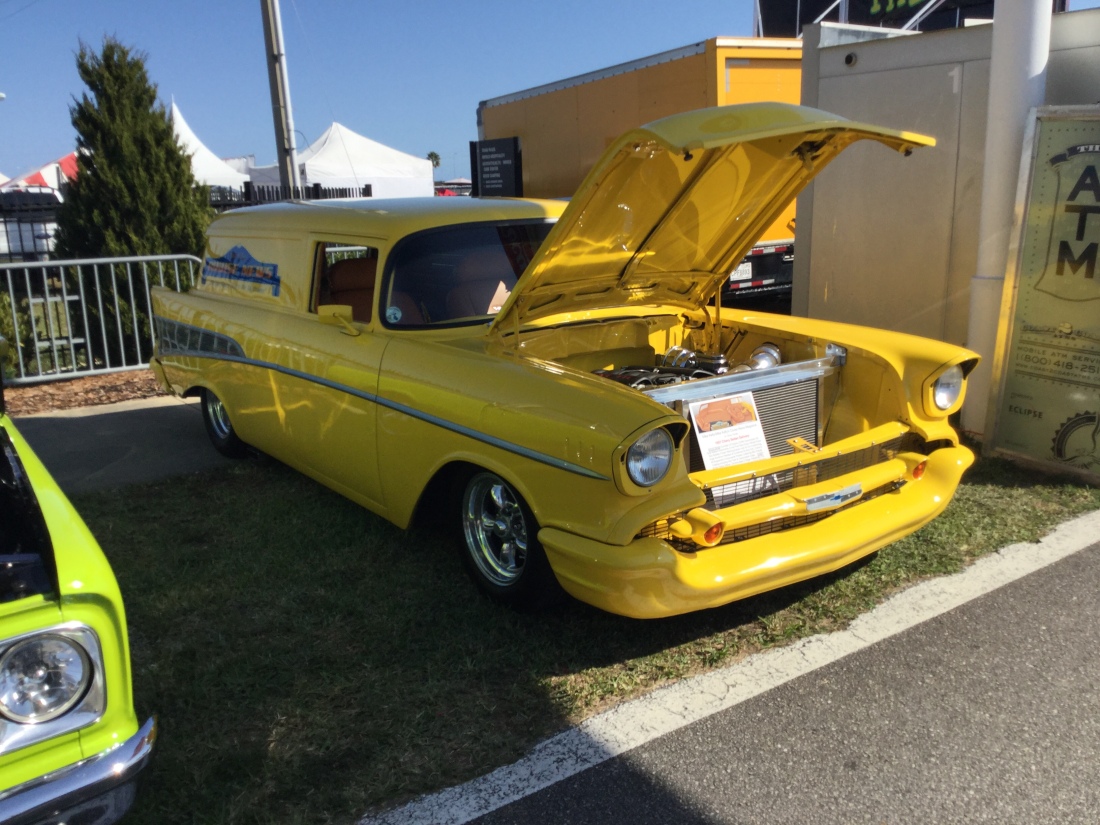