This is a 2019 Mustang Bullitt that was at the 2019 Daytona Turkey Rod Run. This is from the second phase of the sixth generation of the Mustang, which was unveiled on January 17, 2017 (the first model year was 2018). The Bullitt was at the 2018 North American International Auto Show, and Molly McQueen (Steve McQueen’s granddaughter) presented it. This variant was made to commemorate the 50th anniversary of the Steve McQueen film Bullitt. The engine is a 5 liter Coyote V8 that produces 480 horsepower and 420 pound-feet of torque. The transmission is a 6-speed manual. This car weighs 3,709 pounds since the chassis is unitary steel. The top speed is 163 mph. A total of 300 of this version of the Bullitt were made. 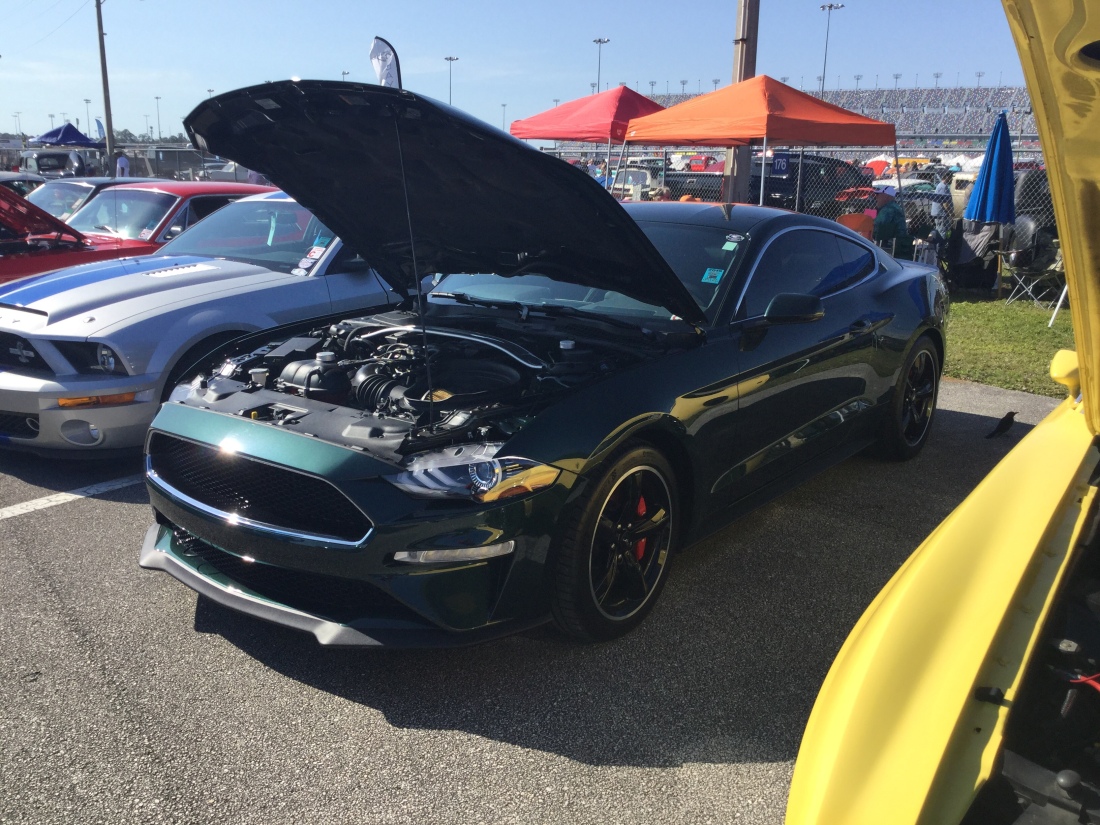