This is a ’68 Shelby GT500 that was at the 2019 Mecum Auction in Kissimmee. This is from the second phase of the first generation of the Mustang, which was made between August of 1966 and August of 1968 (model years between 1967 and 1968). The engine is a 7 liter Cobra Jet V8 that produces 335 horsepower and 400 pound-feet of torque. The transmission of this one is a 3-speed automatic. 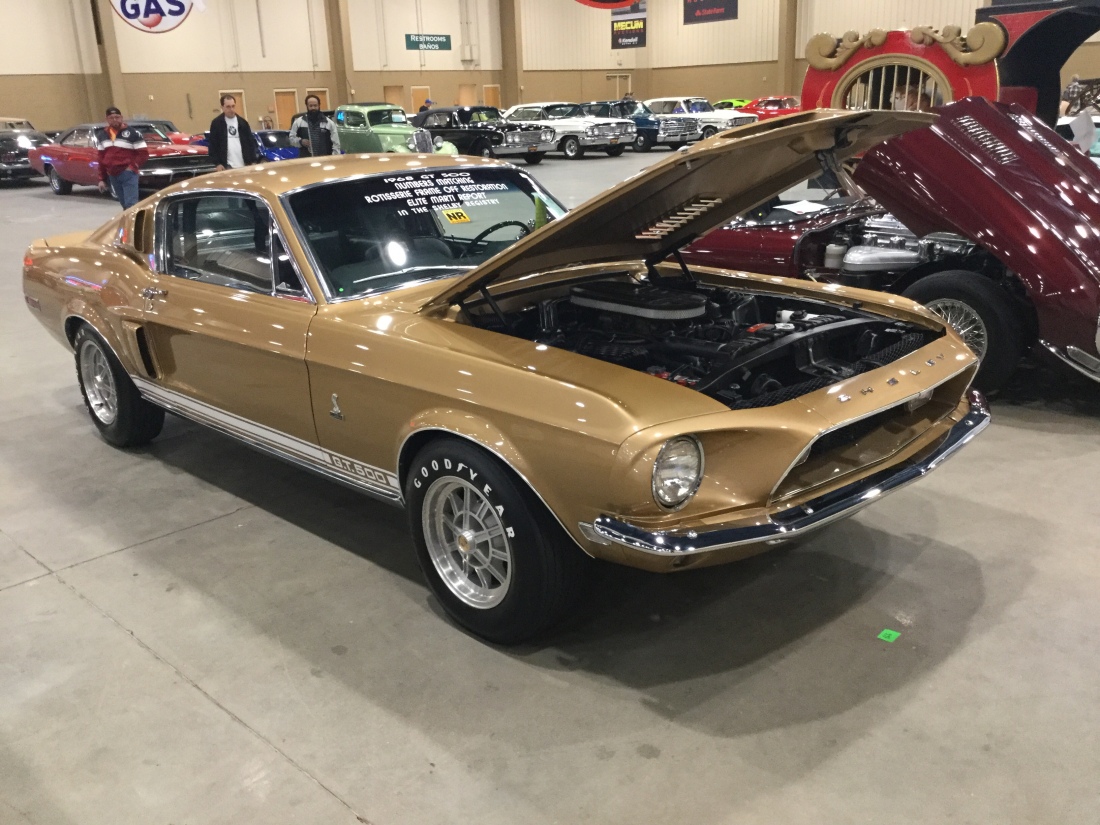